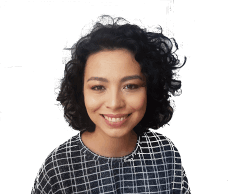 What is this much-vaunted “Gaga”?

Called “Forezien dialect”, “Stephanois dialect” or “gaga patois”, the gaga speech corresponds to the regional variety of French spoken in Saint-Etienne. The word “gaga” was originally used to talk about the inhabitants of Saint-Etienne, but it spread to name the variety spoken in the region. The Stephanois accent, highly recognizable, bears a strong identity linked with the city of Saint-Etienne. “Gaga” distinguishes itself from standard French in three ways: lexicon, grammar, and pronunciation.

A lot of words originated in the industrial past of the city (mine, armoury, trimming) : “grattons”, “godiveaux”, etc…

A few examples (among many) of grammatical peculiarities you can find in gaga :

Here are other expressions and words typical of gaga that you can still hear if you ever stroll in the streets of Saint-Etienne : “fouilla” (used as an interjection to comment on a unpleasant situation) which corresponds in standard French to “oh la la” roughly translated “oh dear”, “vois-tu-moi-le” corresponding to “regarde le” in Standard French translated by “look at him”, “beausseigne/bichette” (exclamation of compassion which can also point to the person being talked about) it can be translated by “unfortunate, unlucky”, “avoir le gout” corresponding to “avoir envie de” in standard French translated “want to…/feel like...”, “le temps de midi” which corresponds to lunch time.

More than a dialect, more than an accent, gaga is a sign of the identity of the people in Saint-Etienne.

At a time where anglicisms and all kinds of abbreviations are prevalent what is left of Stephanois speech? Of course it is not spoken as much as back in the days of the mine or Manufrance but some of the expressions still exist in the daily language of young Stephanois.